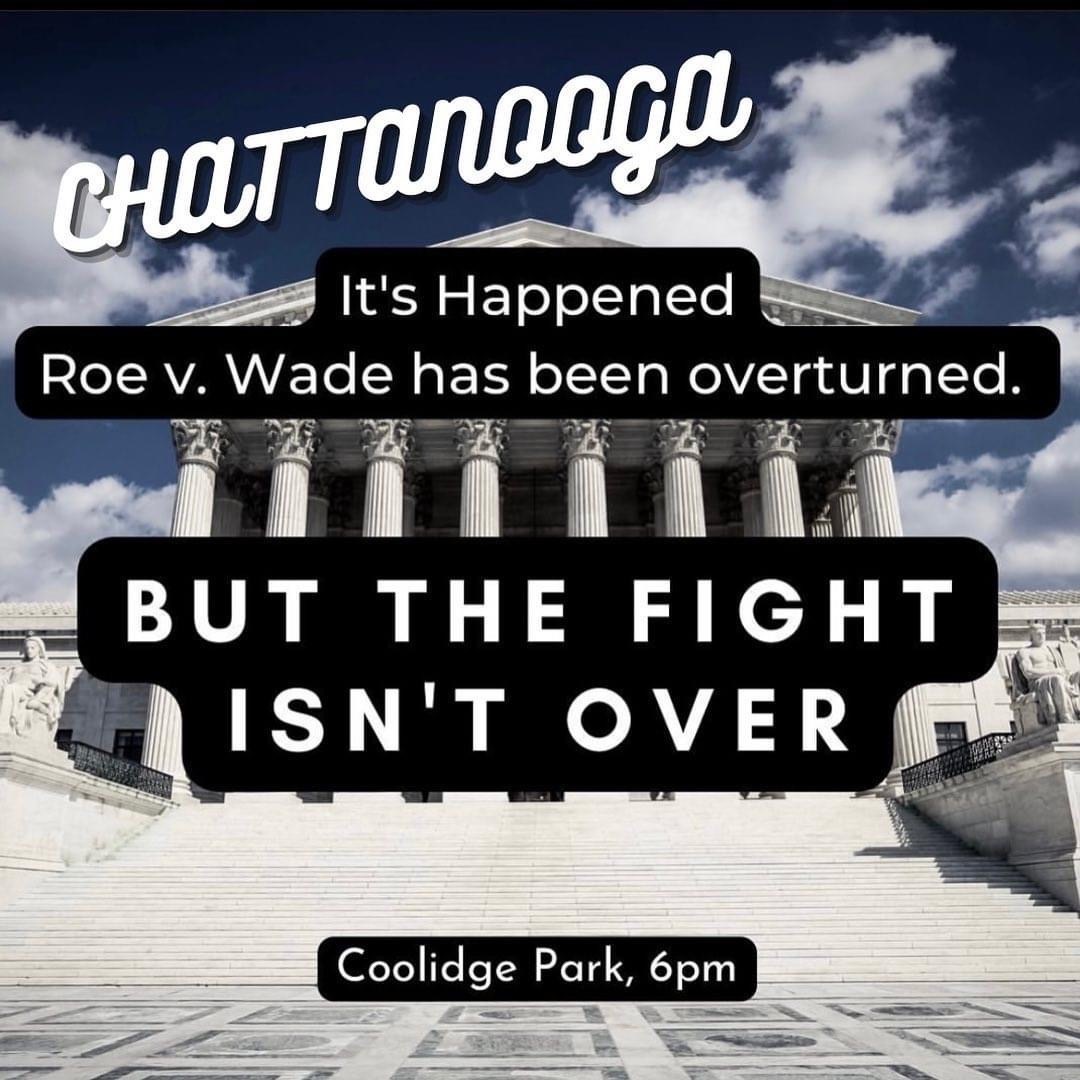 The Supreme Court has voted today to overturn Roe v Wade, putting the lives of thousands of women in Tennessee in danger, and revoking their Constitutional Right to their own reproductive health care decisions.

Hamilton County, TN: In a remarkable, but expected, decision today, a Conservative majority on the Supreme Court has voted to overturn Roe v Wade, which had enshrined the Constitutional Right for women to make the decisions about their own reproductive health care.

Clearly, this is a blow to Americans everywhere, but in Tennessee, abortion is most at risk due to a trigger law that will outlaw abortion without the federal right. This trigger law now criminalizes any abortion unless necessary to prevent death or “serious risk of substantial and irreversible impairment of a major bodily function.” The abortion ban puts millions of Tennesseeans in danger and takes away their bodily autonomy.

“Every Republican elected official and activist knew this day would come, they voted to make it happen, and they are celebrating in the streets. Those craven DC Republicans started somewhere, whether it be the school board or the state house.  And local elected Republicans are not immune to the responsibility of this day, nor are the Republicans running for local office, including both the Wamps, who will no doubt use their offices as springboards to state and federal office, so they can strip even more of our rights away.  The decision by the Supreme Court today is in direct contrast to the majority of Americans’ belief that women should be trusted to make decisions for their own bodies. Democrats will fight back against these restrictive laws, and will work hard to replace lawmakers who would willingly put the lives of women in danger for their own craven desire for power. We will go to the polls on August 4th and November 8th and make our voices heard. We will not go back. Never vote for another Republican, ever.” –  Rachel Campbell, HCDP Chair