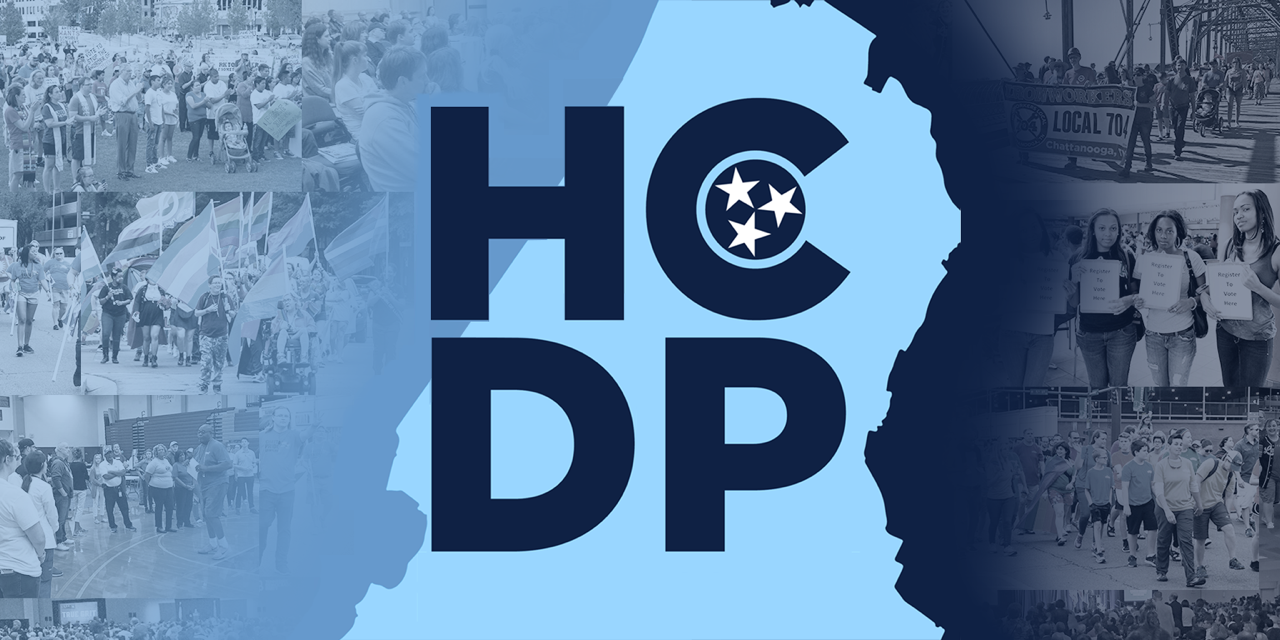 As you’ve likely seen in the local news recently, losing mayoral candidate Sabrena Smedley (with the addition of third place candidate Matt Hullander) has filed with the TNGOP to overturn the results of a free and fair election in Hamilton County. She asserted that the “radical left” Democrats illegally organized to disenfranchise the votes of “bona-fide Republicans.” Among other things. Yet, this is just another example of a Republican candidate losing an election they felt entitled to win, and throwing what amounts to a child’s temper tantrum. While I hesitate to spend too much time on Ms. Smedley’s nonsense, it IS important that we talk about what is really happening here, and what the remedy is for citizens in this county, and this country.

Ms. Smedley surely knows the election laws in Tennessee. She should, as she is a sitting elected official, and was elected by those very same laws. In fact, she is the Chair of the Hamilton County Commission. She is shameful. Tennessee has an open primary system. This means that a voter can pull whatever ballot she or he chooses, and vote in the Republican or Democratic Primary. This is a system that the GOP has successfully used for years to tempt Democrats over to their tent, which is just one of the reasons why we now are governed by a super majority in our governments, both local and state. If Ms. Smedley doesn’t like those laws, she should speak to her friends at the Legislature. Voters in Tennessee have the right, and the responsibility, to use their vote as their voice. Suggesting that Democratic votes in a primary are illegitimate is despicable and shameful, and she knows better. Since the 2020 election, where Joe Biden was the clear winner, there has been an effort by members of the GOP to sow discord, disinformation, and distrust in our electoral process, and our election system as a whole. At a time when Ms. Smedley should be using her elected position to reassure voters that our election was free, fair, and final, she is choosing to do the opposite, in a dishonest and blatant effort to take something she didn’t win fairly. That’s called cheating. Ms. Smedley lost. Nothing else. She is the loser in this election.

But more than that, this document is full of racism and fear mongering buzzwords, meant to trigger the worst in people. She uses words and phrases like “BLM” (Black Lives Matter), “Defund the Police”, “riots”, “bused off campus”, “support of abortion”, and others in reference to a local Clergy organization, a Sorority, and women of color. It is meant to scare people. It is disgusting, and we should call it what it is: racism. She suggests that the voices and votes of Black people and people of color should not count. That they shouldn’t be allowed to vote in a Republican Primary. At the risk of redundancy, how shameful and disgusting. How terrible of her. She has moved past the dog whistles of the past and is using a megaphone.

As Chair of the Hamilton County Democratic Party, rest assured that there was NO organized or concerted effort to elect Mr. Wamp. Neither this organization, or any affiliated organization, sent out any communications, blasts, or texts encouraging voters to pull Republican ballots. We organize to elect Democrats up and down the ballot, and we are solely focused on that. We have excellent candidates this fall and are poised to make gains this cycle, and we had more Democrats on a primary ballot then we have had in over 15 years. We look forward to voting for Democratic County Mayoral candidate Matt Adams in the General Election.

My suggestion to Ms. Smedley would be to learn how to lose gracefully. She lost. Mr. Wamp won. Rather than trying to cheat her way onto a ballot, perhaps she should work on personal introspection, and what it means to be a citizen of Hamilton County, this country, and this Democracy that we should all cherish, protect, and uphold. That is certainly what Democrats are focused on doing.

Voting is a right, not a privilege. It is our sacred civic duty to vote every single time. People have fought for their right to vote. To suggest that an election was stolen because people voted against you is absurd. Do better, Ms. Smedley. Do better.